[WOND012] Tarana – A Fire of Flowers Grows Around Us 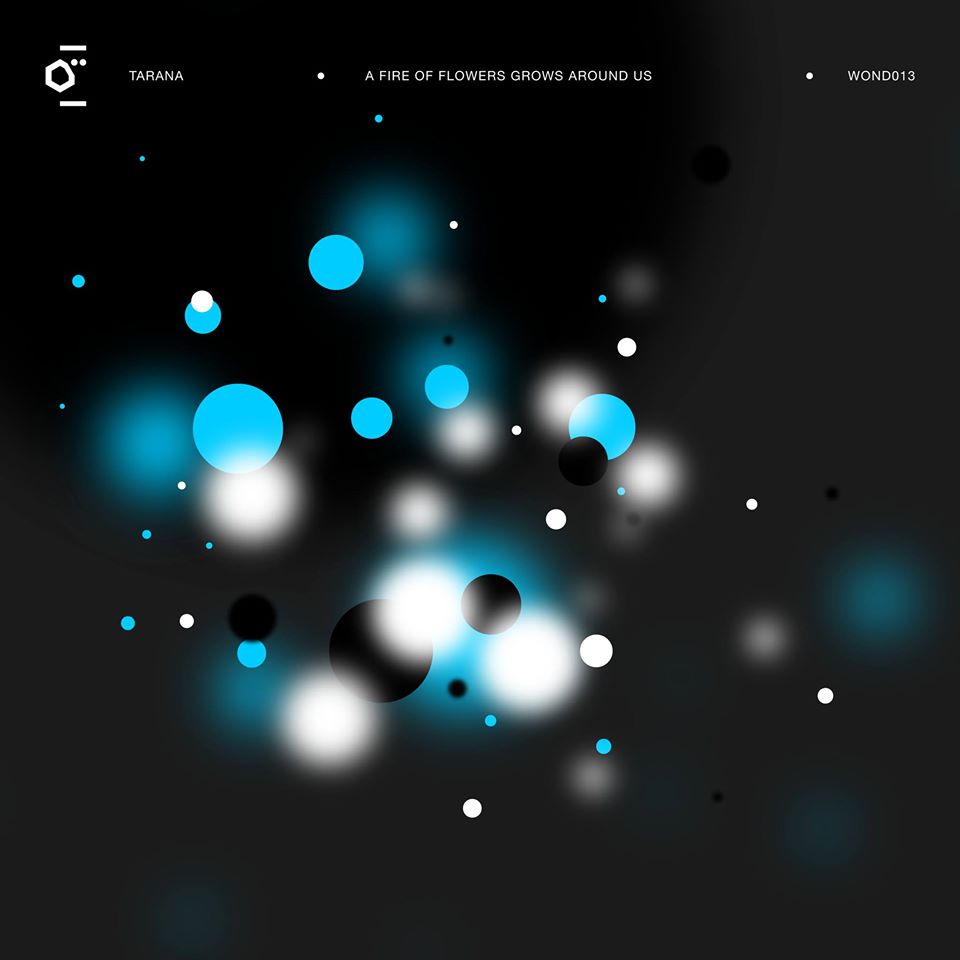 [WOND012] Tarana – A Fire of Flowers Grows Around Us

Jazz needs its heroes, its questing pioneers, prepared to prevent the genre ossifying into just another orthodoxy of rigid classifications. It needs its succession of visionaries like Ornette Coleman and groups like Last Exit, to fuss up the conservatives’ suffocating status quos. By necessity the music generated by these saviours won’t satisfy the purists, defying, as it must, the tenets of their safeguarded traditions. These vanguards will operate as the art form’s Trojan horses, camouflaged equine rollers courageously entering the realms of convention; a pregnant prize with a bloated belly loaded full of fresh ideas and exploratory zeal. Drummer, composer and poet Ravish Momin is one such champion, though the man himself would most likely baulk at such notions (whenever he’s asked about the sort of music he plays, he simply answers “it’s Momin Music”). For him, jazz isn’t defined by a sound, but the manifestation of creative spirits and open-minds, an accommodating, adventurous essence which has, in the past, enabled him to collaborate with everyone from Shakira to AACM alumni. Since its formation in 2003, Tarana has enabled Momin to realise his dedication to a diverse range of cultural aesthetics, allowing him to absorb a vast swathe of international tropes through evolutions in personnel, technology and sound. Here fragments of Bollywood, Indian folk music and Arabic chant, liberated mementos from a childhood spent growing up in Mumbai and Bahrain, are absorbed, assimilated and run parallel to a mutated strain of industrial atavism, 80s synth-pop and low-end rhythmic variants. The bold resulting statements are totally distinctive, conflations brimming with polyrhythmic pulse, hybrid passages of souk-sunned ambience and Teutonic trap deployments. From the beginning Tarana has keyed into the major global markets, ready to serve punters with its other-worldly opiates. Currently killing it in a duo formation with trombonist Rick Parker (who has worked with names including everyone from Tim Berne and Mingus Big Band to hip-hop legends Wu Tang Clan), Tarana now release their much-anticipated debut long-player for the Wondermachine imprint, A Fire Of Flowers Grows Around Us, a formidable epistle set to spread the gospel further, a beacon of blossoms venturing out into cinematic scenarios that would make a Blue Planet behemoth blush. On expansive, sweeping cuts like Tehrah and Safar, analogue and digitised beats fuse and frazzle, atomising into glorious cosmic reveals; vistas where dromedary outriders chart the arid avenues of the Indus Valley via a network of subterranean dub bunkers in Berlin. Myths are dispelled by a neon fleet of Tron-centric light cycles circumnavigating an MCP core, like so many scavenging raiders rifling through the remnants of Lee Perry’s lost Black Ark. Momin and Parker are presiding over undeniably unique, thought-provoking terrain throughout, loci where the crescent moon manoeuvres of an embryonic Muslimgauze improbably lock horns with the glacier airs of Sigur Rós and Ulrich Troyer’s recent ops with original reggae rude-boy Vin Gordon signals the nexus where Basic Channel’s bass bleeds couple with DJ Rashad’s hyper-kinetic flurry. Like we said before, Ravish Momin could well be the next (unsuspecting) grand redeemer of jazz – even if he’s already left that sometimes jaundiced tag huffing gulps of his almighty exhaust. Just don’t tell him where the rumour started, we don’t want him thinking he’s getting busy preserving pigeon-holes now, do we?

Uploaded by Wondermachine on January 6, 2016